The Scene from Bowling Green 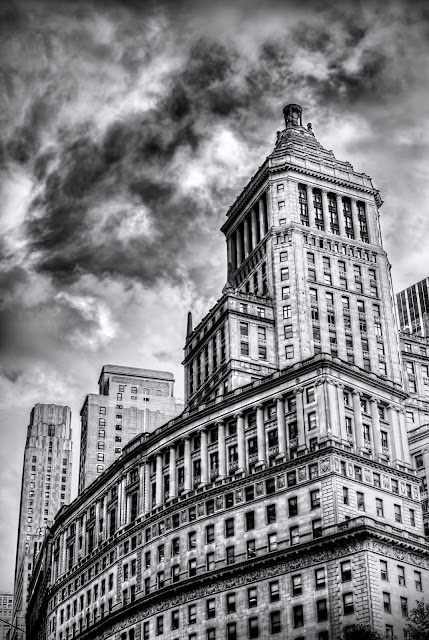 I am constantly surprised at what photos seem to resonate with people. If you look through the photography posts in my blog, you will likely see that repeated over and over. The photo above is yet another example of this.

Last year I took a trip to New York and Connecticut, took a bunch of pictures and then slowly worked my way through those I thought were worthwhile.

Then I made a second pass.

Finally, the other night, I looked at the three handheld exposures you see below and said, "Ya'know... I really dig the architecture here and it's a shame to just leave these sitting on a drive." I grabbed them, made some adjustments in Lightroom, popped them into Photomatix for some HDR merging and then into Photoshop for the rest of the development.

That sentence somewhat trivializes what I did, but the reality is that most of the elements were there to start with. The weather was stormy in New York and this created a lot of cloud action. This makes for some interesting skies. When processed in black and white, the results can be dramatic.

The downside to cloudiness is photos tend to be flat without the benefits of direct sunlight. HDR processing can pull some of that dimensionality back with some creative exposure and curve adjustments to tweak things a bit more. 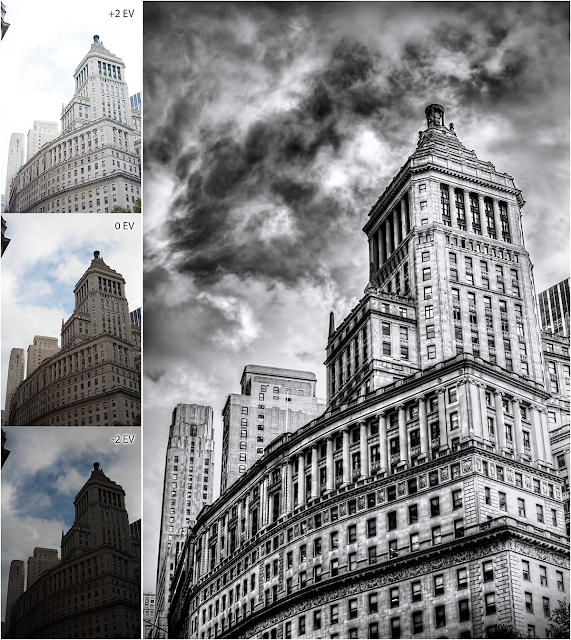 I was quite pleased with the results, but I was unprepared for how well it has been received. Just goes to show how much I have to learn.

Now that you've read my ramblings, a little about the location.

All I could remember about this area was that it was in the financial district and we walked through Battery Park to get there. Fortunately I have developed identifying locations based on Google Maps satellite imagery into an art. Welcome to 26 Broadway aka the Standard Oil Building.

Based on the angle, I must have been in Bowling Green when I took the shots. I did a double-take when I saw that because when someone says "Bowling Green", I immediately think of Bowling Green, Kentucky. Because this amused me, I had to include the location in the photo's name.

Bottom line. Don't throw anything away because you just never know what a little elbow grease will do to it.
Before and After Lightroom photography Photomatix Photoshop