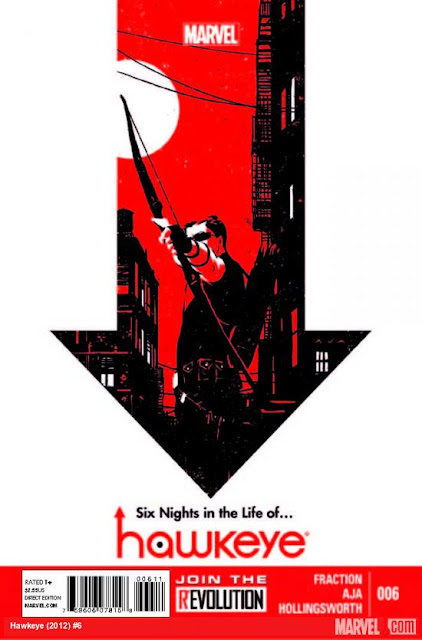 Right now you are thinking that you must have gone back in time given the date in the title. (OK. Probably not.) I've decided to date the posts based on when the comics come out rather than when I stash them.

The number of quality issues for this week was extremely high. It was a great week for comics. The artwork seems to consistently match the quality of the writing. Books with writing I liked almost always had quality artwork to match with Batgirl #14 being the exception.

Much of what was released is setting the stage for a larger story or crossover event. Occasionally this ends up with stories being a bit on the light side by delivering us fluff or filler. The books this week avoided that trap.

With so many event books coming up, it made me appreciate the single-issue story of Hawkeye #6 really stand out.

Not much to say here other than more questions about H'el are raised (Why are his powers so different from the rest of the Kryptonians?) and we get more glimpses of Krypton-That-Was.

I've never been much of a fan of the New Gods so the appearance of Orion in this issue doesn't do much for me. If you take this occurrence out, there's really not much else happening. Diana gets her armbands upgraded by Hephaestus and now they manifest swords for some reason.

Even though I'm not sure how to reconcile the Wonder Woman in this book with the Wonder Woman in Justice League, I've been fine with that because I really appreciated how Azzarello has been mixing modern and ancient Greek mythology. I think that good will is about spent. As much as I would hate to do it, this title is about to be dropped.

Batgirl is not on my regular pull list. (I just heard the collective gasp from all of you Gail Simone fans.) It's not that I don't like the book. I just like other books better.

I'm also not one to get sucked in by crossover events. If I can't get the story I want in the books I'm already getting, I'm more inclined to drop titles than to pick up anything else.

In this case, however, Joker plays a big part in Barbara Gordon's history. The potential for some great storytelling is what got me to add Batgirl to my stack. And so far so good. In a book with James Gordon Jr. (crazy brother), Barbara's mom and the Joker proposing to Barbara with what we assume to be mom's ring... there's not much to complain about.

Of course, that won't stop me. The art left a lot to be desired, but I'll not belabor the point since the writing more than makes up for it.

The second issue builds on the concept presented in the first. The idea that Hulk can smash while Banner builds in order to maintain some sort of karmic balance. The arrival of Tony Stark adds a twist given that one of the reasons for Banner's joining S.H.I.E.L.D. and devoting his resources to inventing instead of doing away with the Hulk is that Stark is largely seen as both a genius and a benefactor. Bruce is plagued by a bit of the green-eyed monster, maybe? (Sorry. Couldn't resist.)

Good plot development and artwork to match. I'm ready for things to really start ramping up.

Sif possessed by a barely contained berserker rage. This does not bode well. Fortunately her brother Heimdall is there for a little familial heart-to-heart. If that doesn't work, there's always banishment. My bet is that the next issue with be subtitled "And Hijinks Ensue."

There really is a good mix of drama and humor.

I'm just glad there are only two issues in this run. I was never sure there was a need to dig deeper into Moloch's backstory and nothing convinced me otherwise. I can't recommend this one.

The tension builds as we find that somehow a younger Thor is to blame for the God Killer's rampage.

In an interesting twist, things turn into something of a murder mystery as modern day Thor mounts an investigation into gods gone missing. As he finds each of them dead, he also finds signs of his old nemesis. Someone who scares even the mighty Thor.

I'm on the edge of my seat here! 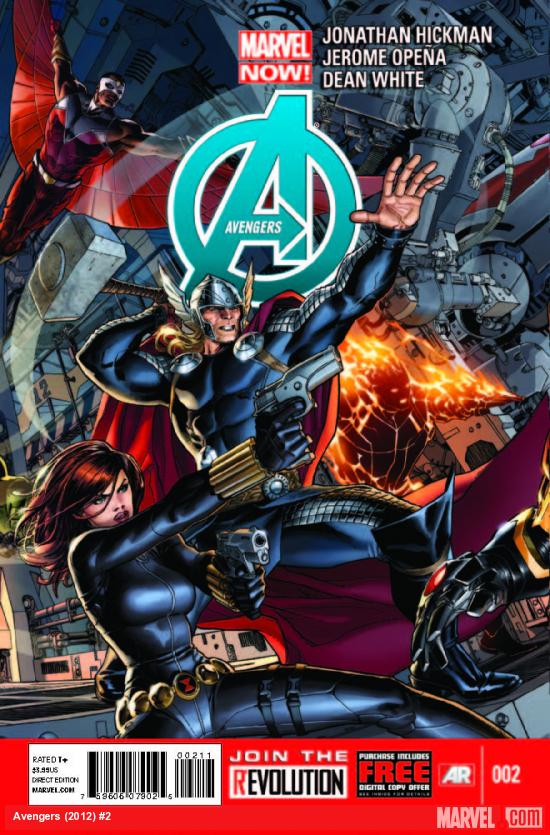 Ex Nihilo monologues for a bit and the "bigger" Avengers team assembles. The attack on Earth has begun and the team heads back to Mars for what should be an epic showdown.

The appearance of Flamingo, a small town stripper in an abusive relationship. She also has latent psiot abilities that Peter awakens. The team can now add someone who can control fire to the roster.

X-O and Ninjak take out the Vine embedded at MI-6 and part ways with a tenuous truce. Aric continues to have anger management problems as well as trust issues.

I was a huge fan of the original run of X-O in the early 90's. In fact, it's one of the first comics I regularly picked up when I was but a young collector. So it's been a while, but it seems that Aric acclimated to modern life much more easily back then. The armor helps a bit with language, but social interactions would still be problematic. I like how the new run is keeping the character brash and abrasive since, based on the flashbacks, Aric was a bit of a problem in his own time. 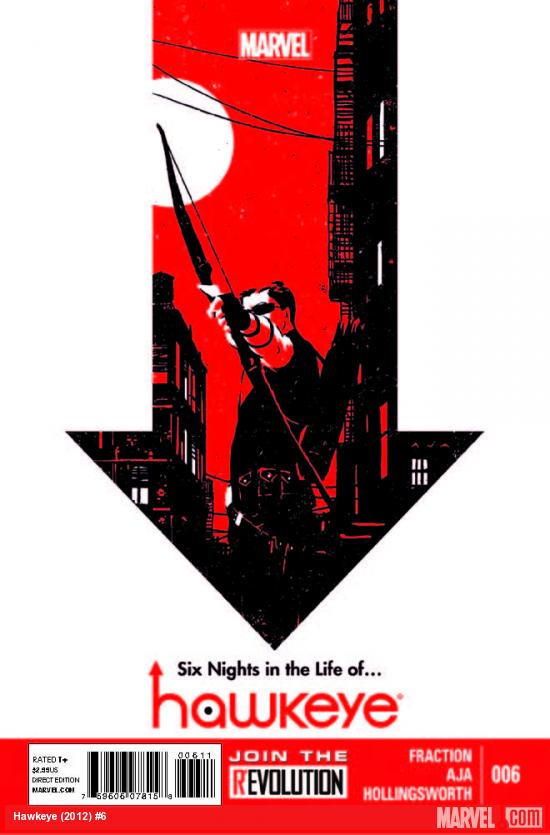 A self-contained Christmas story subtitled "Six Nights in the Life of...", this exactly describes why I love this book. No crossovers. No protracted building up of plots. It's action and humor. I actually, literally laugh out loud on occasion. It's "real".

If that doesn't make you want to read Hawkeye, then there's no help for you.