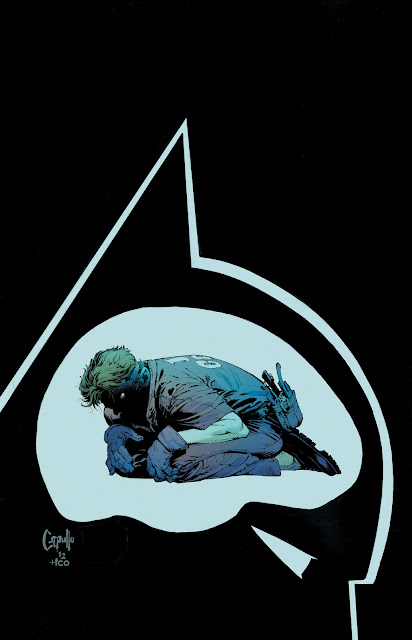 I'm going to try something new and write down my thoughts as I read each book. That should help me get these post done in a more timely manner as well as being a little more accurate with my impressions. 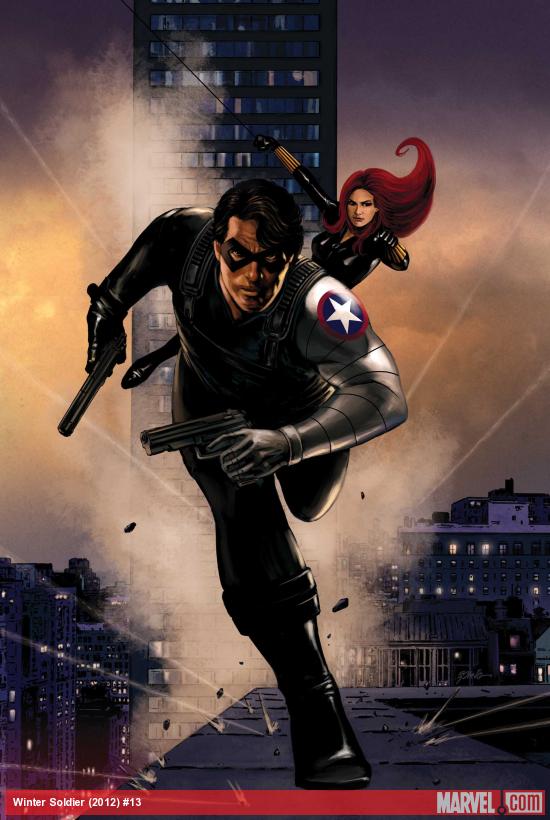 This seemed like a filler issue to me. That said, I still enjoyed it. There really has not been a truly bad spot in the entire run.

I like the concept of Tony using modular armor which adds a twist that he has to determine the load-out for a particular mission. Unfortunately, he doesn't seem to be very good at anticipating his need.

That said. I'm just not feeling it. There is nothing deep about this book. I know it's strange to apply that description to a comic book, but the reality is that the story and characters just are not developing.

I'm also not a fan of the surly, teen-aged suit A.I. Bleh!

So I said "one more issue" after issue #2 and I actually gave it two. I'm out.

Things are starting to get interesting and H'el is the least of them. Questions such as "What is up with Superman's suit?" and "Where did the genetic material for the Superboy clone come from?" seem like they might be answered soon.

We do find out that there are three components to Superboy's DNA and the reaction of the suit seems to confirm what I imagine we all assumed since issue #1 (no spoilers).

The only real complaint I have is the number of artists used. I don't like flipping a page and wondering what happened because things suddenly look different.

One of the best team-ups in comics today is Snyder and Capullo and The Batman title is consistently strong. It takes a certain amount of skill to make it seem that we are being introduced to characters that we have known for decades. I find myself finishing each issue wanting to find out more about this Joker fellow. Seriously creepy guy.

The follow-up story showing events inside of Arkham Asylum is also excellent. What in the world is going on there? What were they doing with that horse? What is Joker's plan? Plus we meet the Riddler and he seems to be a genuinely interesting character himself.

A lot of what I said regarding Batman #15 applies here. My only additional thought is that Joker's continued references to Batman being the Robins "father figure" may be a clue to show that he doesn't really know as much as he's letting on. Otherwise he'd surely be playing up the whole "actual father" angle.

Or he just wants us to doubt. He's tricky like that.

Maybe one postscript. The images of Joker with his face upside-down... Wow. And yes. That is exactly what I meant to type.

Good but not great is where I stand on this Before Watchmen title. I'm curious enough to stick with it, but I'm not particularly invested in any of the characters. I don't know that I've learned much more about Rorschach other than he can take a beating. Certainly nothing that would make a team-up with Nite Owl seem a natural progression.

On the positive side, how great is that cover? To add to the cleverness, it segues well into the first frame of the story. Very nice.

The style of writing from the perspective of someone who sees all moments in time at once was done in the original series. It was done well and only enough to keep it from getting too tiresome. A whole series in that style and then throwing multiple timelines into the mix... Ugh.

If this is just a 4-issue run, as it appears to be, I'll pick up the next one just for completeness. If not, I'll have to really think about how much more I want to subject  myself to this.

The Eternal Warrior gets introduced and he's way less likable than the original run. And that's OK in my book.

The plot was moved forward only incrementally, but meeting Gilad and having the role of a geomancer presented sets things up nicely for the next issue.

I like what they've done with the new Bloodshot. Conceptually, he's got the same basic abilities, but it's handled much more realistically (for a comic book). The idea that a person is essentially indestructible because of nanites in his blood that repair damage to his body is made much more interesting when that person continually gets beaten to a pulp. These repairs aren't "free" either since it takes protein to fix the human body. Issue #6 delivers more Bloodshot beatdowns at the hands of some odd looking adversaries that I'm sure we will see more of in the future.

The cliffhanger has our protagonist blasting his way into a room full of children who are undoubtedly special in some way. Not much is creepier than children doing things not particularly child-like. I'm looking forward to seeing where this goes.