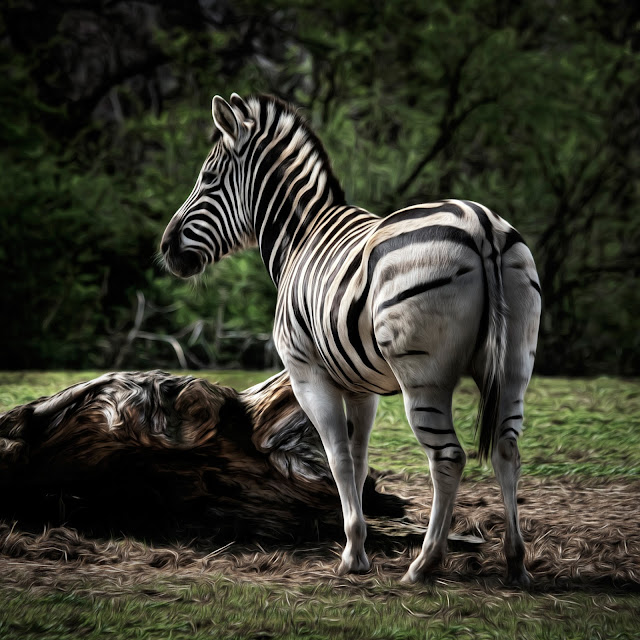 This will be another "lemons to lemonade" story and rather than my typically long preamble, I'll jump right to showing you what came out of the camera. 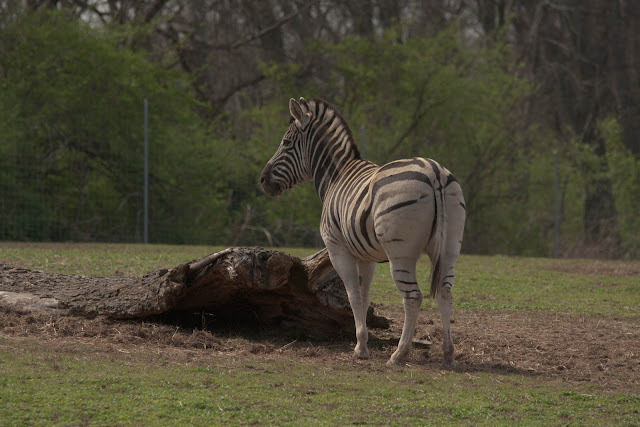 Kind of flat and boring. Not to mention the fence is visible in the background. While almost all of my animal shots are taken at a zoo (Memphis Zoo in this case), I also like to avoid making that fact too obvious.

We'll whiz right past my photo "restoration" in Lightroom and Photomatix. The goal was to really get the zebra's stripes to pop and to get some depth back into the picture.

Even with that, I was not particularly happy. The picture was just too... "dirty". 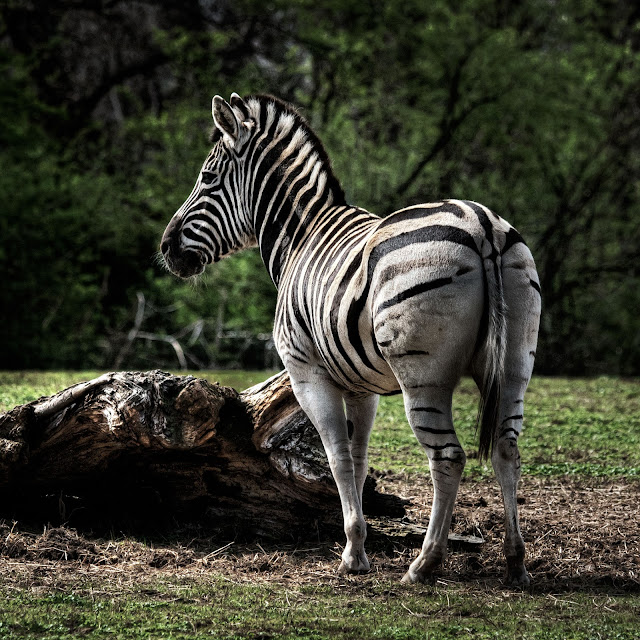 Part of the reason for this is that I had an idea that I wanted to try something new (at least new to me) and I wanted to create something with more contrast than I might otherwise have aimed for. The technique is called "paintography" and one of the tools commonly used is an Adobe Labs extension for Photoshop called Pixel Bender.

(For more on paintography, check out the blog of Ray Bilcliff. His work on Google+ is what inspired me to give this a try.)

Pixel Bender has a number of filters. The one I was particularly interested in using is called "OilPaint". The effect is controlled by five sliders. I'm not going to cover the ins and outs of this filter now, but here are some examples of various settings: 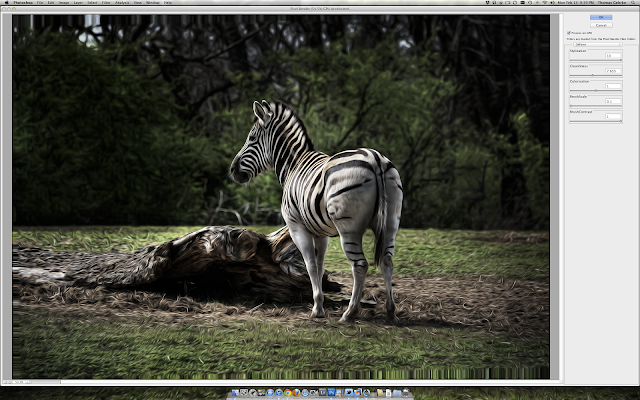 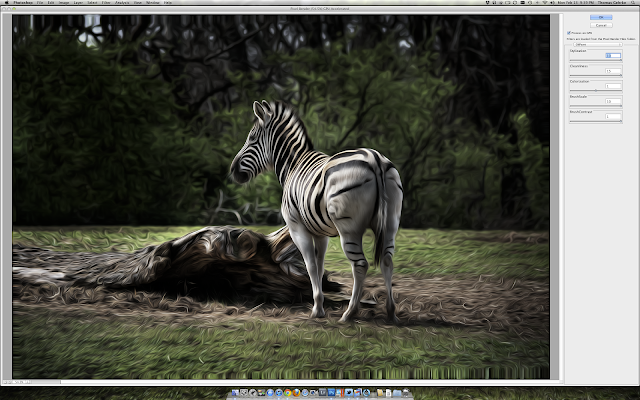 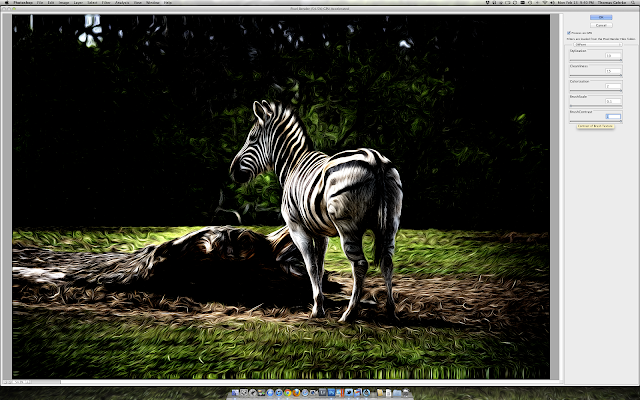 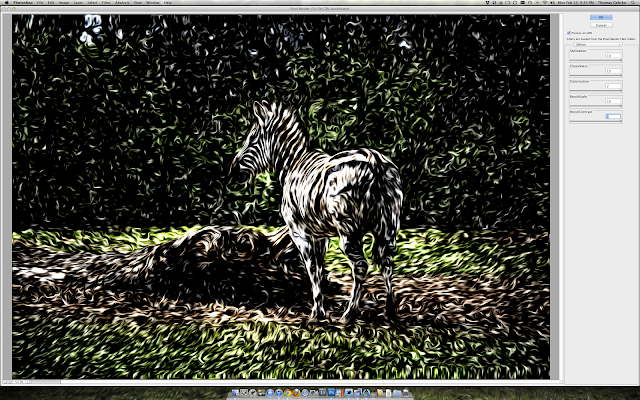 The first example is the one I actually used. My goal was something that looked photographic but that had a painterly quality upon closer inspection.

Speaking of "closer inspection", maybe this will better help to illustrate.

I am sure that not everyone will appreciate this look. Some will no doubt say, "he just clicked a couple buttons and the software did everything for him." Well, yes. And no. This does take some up-front planning and while you can just monkey around with the sliders, it helps to have something in mind to start with.

The key thing is to keep trying new things. What's the worst that can happen?