One example cited was a search in Google for @WWE, which is very obviously (at least to several million people) a reference to a Twitter profile. The issue being that Google gives precedence to its own social network in a very prominent way.

This is what you would see (I've highlighted the Twitter profile). 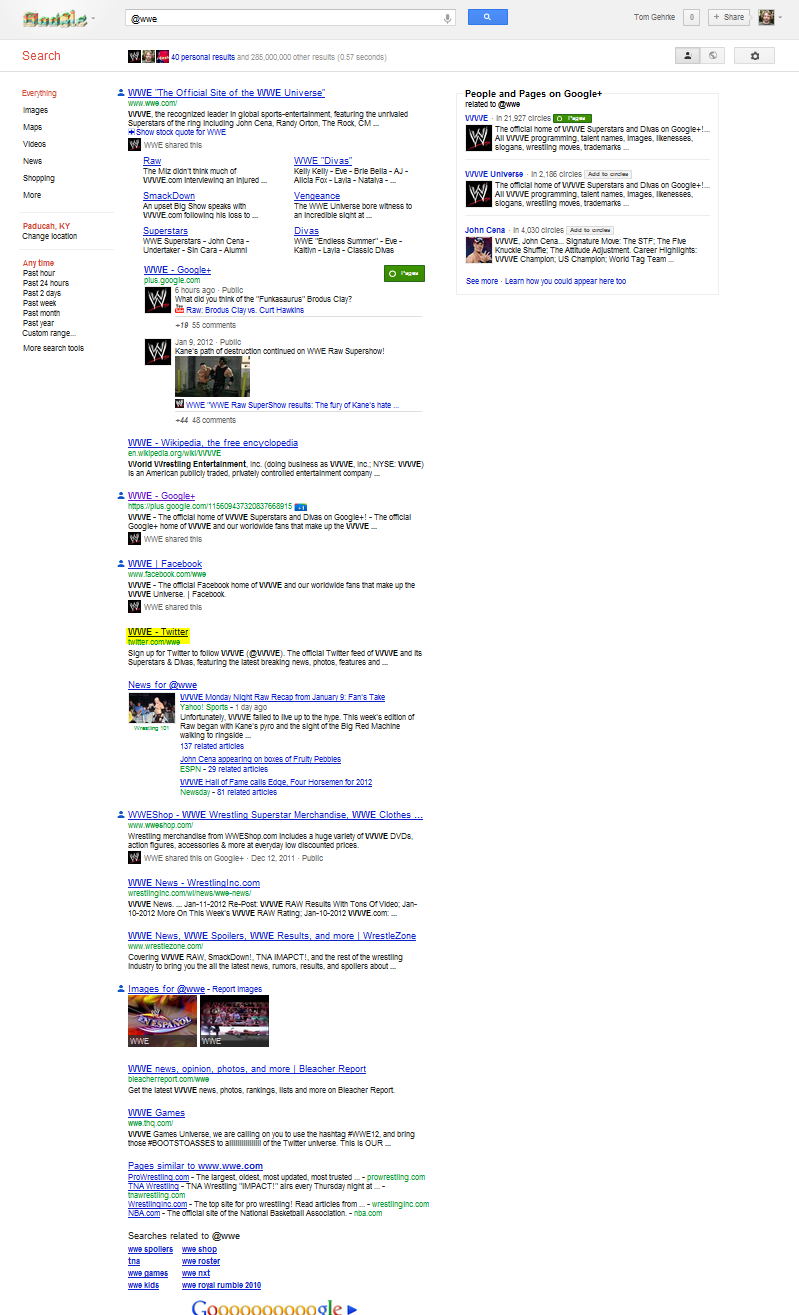 Now at first I thought that this was kind of obvious behavior. My understanding has always been that Google ignores most "special" characters like the ampersat.

Of course, Google never ignored the plus sign (+) because that was a Google search operator. At least up until a few months ago. The reason may very well be because they wanted to be able to use that to reference a Google+ profile.

Do a search for "+WWE" and you will be taken directly to the WWE's Google+ profile.

So one question is, "Could Google make a similar change that redirects a search to @WWE to the Twitter profile?" I think the answer to that is "yes". But I'm sure they don't want to because that launches the person right out of the Googleverse.

Should they, though? Or should they at least give the Twitter profile a more prominent position in the search results as many people think?

It's mildly amusing (to me) that the same search for @WWE on Bing doesn't return the Twitter profile at all on the first page of results. 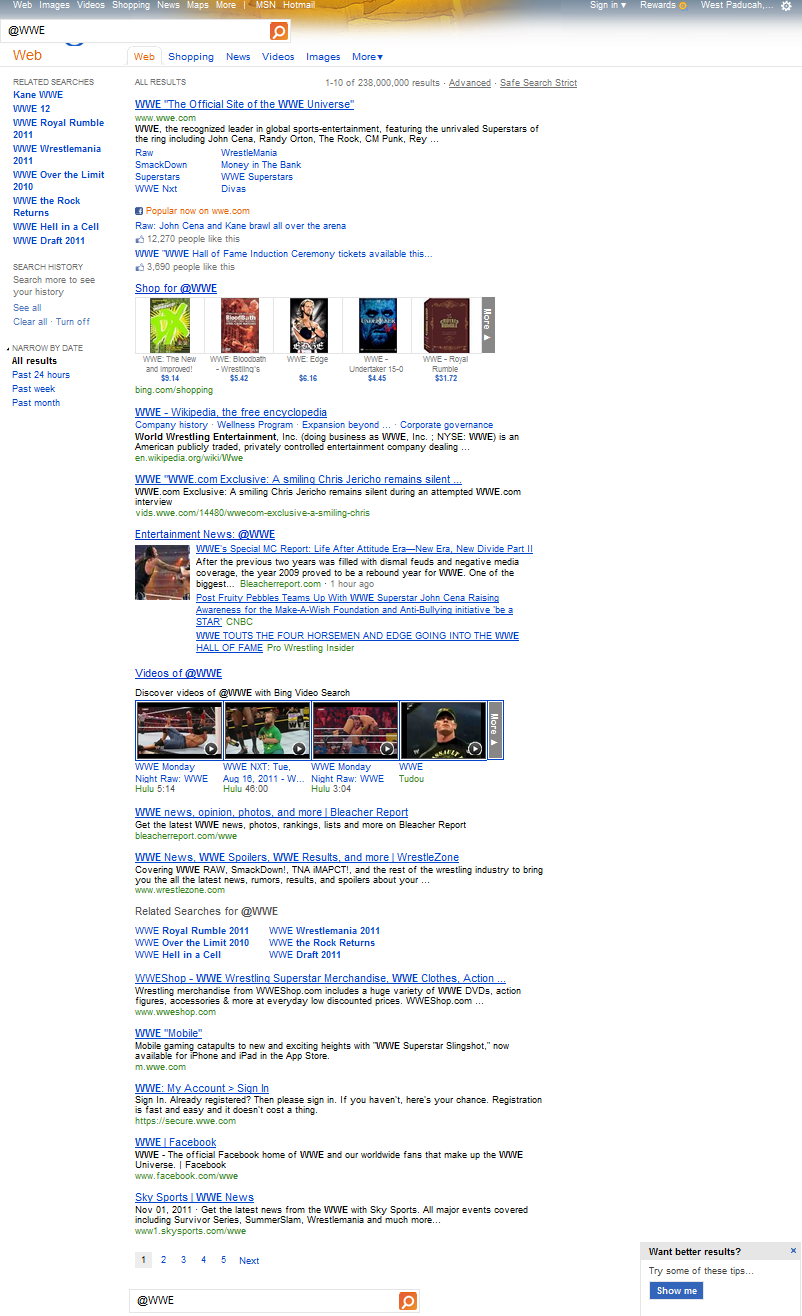