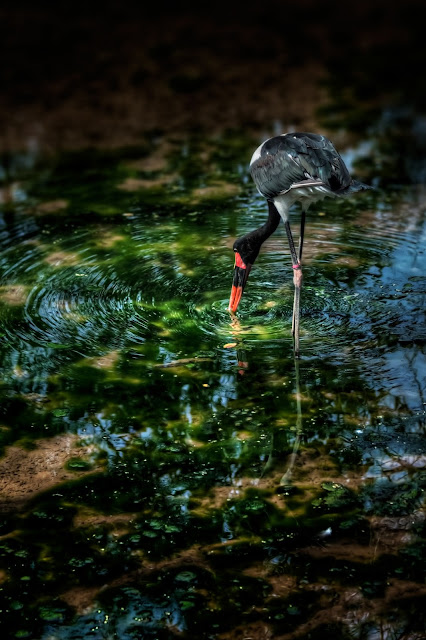 This, as I'm told by Rocco Sette on Google+, is a saddle-billed stork. I snapped this picture while visiting the Memphis Zoo last year.

Well, that's not entirely true. This is the picture I actually took: 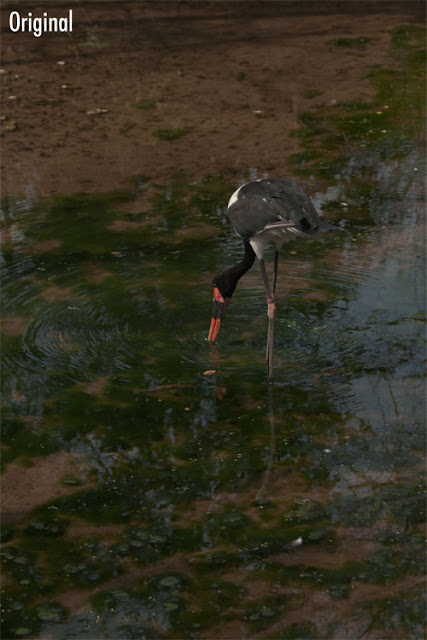 I still have a hard time capturing what I see "in the moment" in my camera. I wanted the ripples and the reflections and I guess I got them, but not how I had pictured it in my mind's eye. So this image just sat in storage for months with an occasional dusting off for me tinker with in Lightroom and Photoshop. I never came up with anything particularly satisfying.

Then one night of tinkering actually paid off and everything came together.

Using Lightroom 3, I reduced the noise, increased the sharpness and made some other minor adjustments to contrast and brightness. The goal was to create a little more balance and depth without straying to far from the original levels.

Once I had what I considered to be a decent staring point, that image became my baseline. Four virtual copies were created and the exposure levels for each were set to -4ev, -2ev, +2ev and +4ev.

Yeah, I know what you're thinking. You can't create image data where none existed previously. That is absolutely true. However, a RAW file actually has more range (data) than what you see. This is one of the things that makes shooting RAW so beneficial. An underexposed or overexposed image may actually contain details in the shadows and highlights that you won't see until you process the RAW file. So what I'm doing here is not completely crazy.

I will admit that it is overkill, though. There probably are not 4 exposure levels worth of information in a single RAW file let alone the 8 levels I have created here. It cost me nothing to create the additional copies and since this was just an experiment anyway, I figured what the heck.

Into Photomatix Pro 4 and here is where I landed: 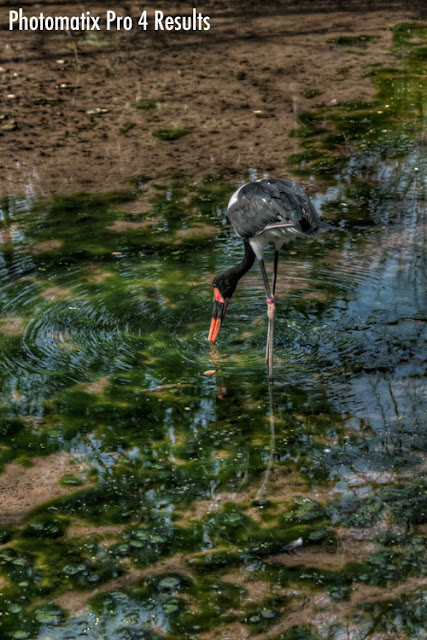 Now we're cookin' and into Photoshop it goes!

This is where I am going to get a little vague. Not because I have any secrets. On the contrary. It's largely because what happens next would likely make a professional either cry or laugh (or both). These are the highlights:


Much of the work in area of the ripple center and bill were done to help separate one from the other. I'm red-green colorblind which means that everything just kind of blends together. I have come to suspect that this might give many of my photographs an an ... oddness ... as I try to compensate.

That, as they say, is that. I am happy with the results. For now.

To get an idea of how long the journey from point A to point B was, here is the original and final shown side by side. 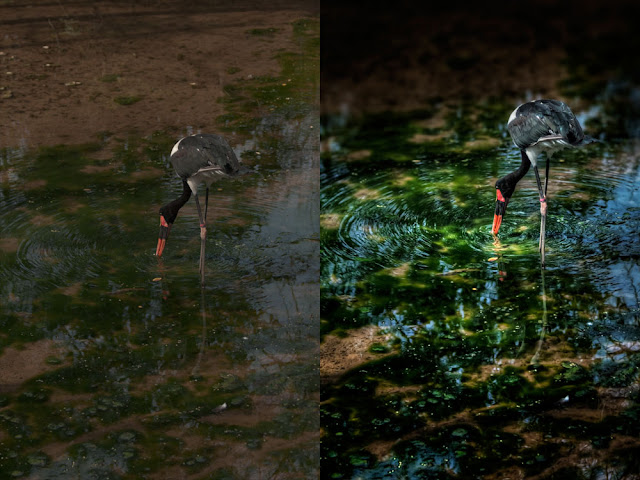