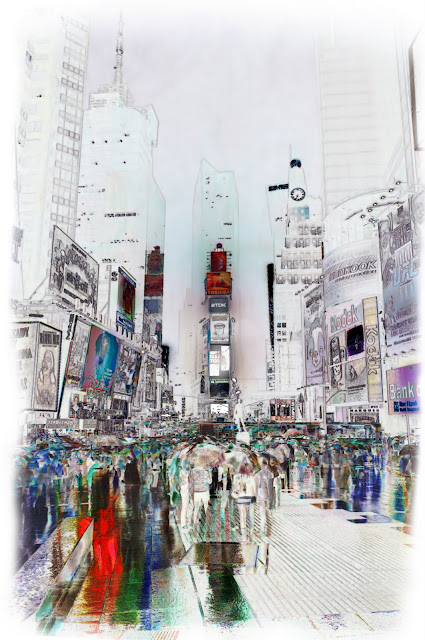 This was an experiment. I had 4 shots of Times Square that were taken on a rainy night this past October. None of the shots were usable as-is, IMO. But I really liked the elements (reflections, lights, people with umbrellas).

What I did was to take all of the shots, align them in Photoshop and then change the stack mode (similar technique for stacking astronomy shots). This made the crowd a little busier looking (which I liked) as well as creating some interesting effects. A few curve adjustments later and voila'! For whatever that's worth. :)
experimental New York photography Photoshop