September 08, 2011
Google released an app for managing Blogger posts today. I am using it now. It seems to target the iPhone/iPod Touch with very basic functionality.

Grab it from iTunes here. 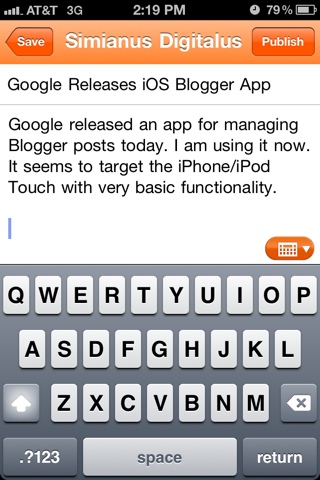 Just to confirm the lack of native iPad support... 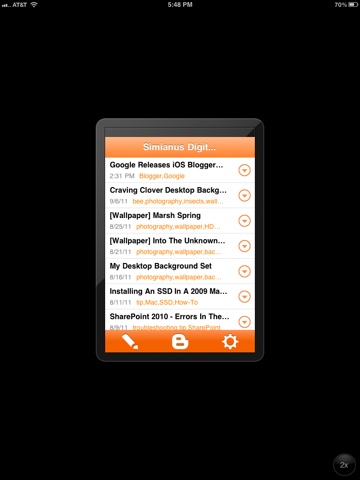 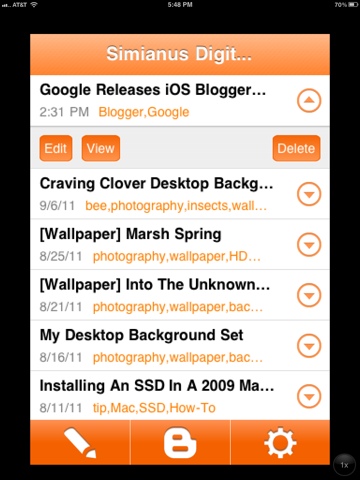 There also seems to be no graphical way to place images. The seem to get attached to the post and then placed at the end of the article.

You can go back and edit an article that has been published or is in draft, but rather than any sort of WYSIWYG editing you are instead greeted by markup. Like so... 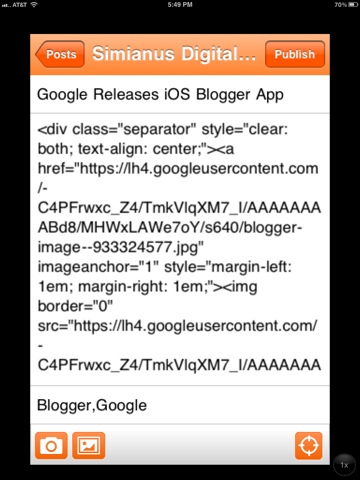 I just added the image from my photo library. It should show up right before this paragraph.


[It didn't. I ended up editing things after the fact through my desktop browser.]

Something else that is missing is very basic text editing tools such as the ability to bold and italicize text or create links. If, however, images are displayed as markup when editing a post, it stnds to reason that I should be able to manually mark things up myself.

If that is the case then the previous paragraph should be italicized. (After fighting with autocorrect, that is.)

[That did, indeed, work. So get your HTML-Fu on and enjoy. Or not.]

Another annoyance is that the darn button for dismissing the keyboard keeps getting in the way. 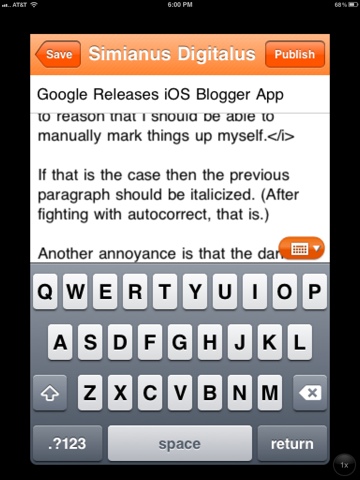 OK. I try to be positive about these things. This app is really not very good for much but the most basic of tasks.

I am not really clear on why this is a native app instead of an HTML5 app that would scale nicely depending on the device used as well as providing equivalent functionality. That bar is set pretty low, in my opinion.
Blogger Google
Location: Paducah (null)